Parthiv Mamun was a successful drama director of that time. Whose full name is Abdullah Al Mamun. He was born in 1983 in Bagair village of Ashuganj police station under Brahmanbaria district. At the age of seven, he went to the village to see the turn of the journey and brought the insect of acting into his head. At the age of forty, the insect still could not get out of the head. During this time the shape and type of insects have changed. Wanted to be an actor, but as a director.

As a teenager, Mamun had fun reading Shashendhu Mukherjee’s earthly novel. He has come a long way by holding the name on his chest. He wasted a lot of money by being attracted to advertisements in search of new faces. But if you give up hard work and love work, never cheat with yourself. This definition was finally released in 1999 by acting in a Dukufilm on BTV holding the hand of cousin Jamai. Movies and publications. Dubai Shahid Abdullah, who was in charge of the lab and project director of the department, later became involved in assistant management on his advice. In 2003, Bhagya Birambana released her first directorial drama on television on CD.

He had to go through many ups and downs to establish himself in the media. In this way, he has lost the last bit of soil in his father’s house. But he never gave up. He made his debut as a television director by directing a telefilm on Channel I. Later, one by one, his plays were aired on almost all the satellite channels.

Mamun has portrayed himself not only as a director but also as a writer on television. His writings were broadcast on many dramas and on television. As well as establishing itself as a digital content creator on the YouTube and Facebook platforms. Started working on YouTube in early 2015. And quickly won the YouTube Playbutton Award. He has won four play buttons from YouTube so far, as well as waiting for some more awards, including the Gold button.

Facebook has also taken itself a long way as a digital content creator. For the past two years, under the banner of his own organization, Parthiv Telefilm, he has been regularly promoting serial dramas written and directed by him every day.

Mamun said it is very difficult to produce and promote serial dramas in a span of 25 minutes every day. Keeping the audience engaged in work and story is a huge achievement for me. That work has been going on for the last two years.

“Acting is mixed with my blood,” he added. Besides, I am also working hard to keep the director alive. I want to live in the love of people by making dramas till death.Nirav, Shehtaz, Tutul Chowdhury, Neela Islam, and many others have acted. The telefilm will be aired on September 15. 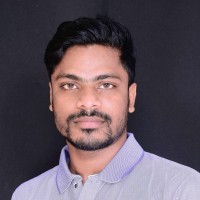 News Editor Editor
Sorry! The Author has not filled his profile.
web
http://www.theshinningnews.com
×

News Editor Editor
Sorry! The Author has not filled his profile.
web
http://www.theshinningnews.com